A sealskin kayak for the Polish Maritime Museum in Gdansk, 2002

During Autumn 2001, I received a request from Fearnley Shipping. A foreign client wanted a Greenland kayak sewn with true sealskin, rigged with all original hunting tools. After some discussion, we came to an agreement. The client turned out to be the Polish Maritime Museum in Gdansk, which needed the kayak to complete its collection of craft from all over the world. This was one of my greatest challenges ever, and often a very frustrating job.

The kayak itself was not a problem. I built it in as original a manner as possible, with extensive use of pegging, lashing and scarf joints. The frame was lashed in place using uncured skin strips and tendons. The challenge lay in the preparation and sewing of sealskin. Sealskin and seal oil are easily available in Norway from tanneries. I acquired 4 hooded seal skins for covering the kayak frame, and 2 bearded seal skins for rigging, straps and the like. Removing the hair was something of a problem, but it was resolved with professional help. The skin was to be stretched over the frame while wet and sewn in place before it dried, i.e. within a day. Easier said than done, and I gained a great deal of respect for the Greenland women who did this job in the old days. At last, I was finished, and the kayak was rigged with sealskin straps and tighteners of reindeer horn. 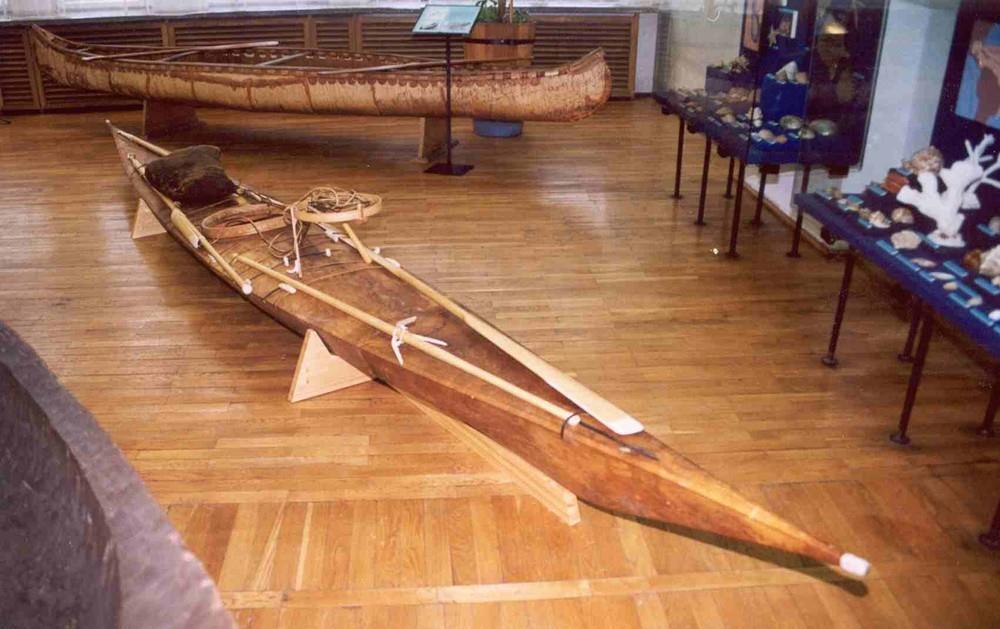 Kayak and equipment on display at the museum, the neighbor being a birch bark canoe from Canada. 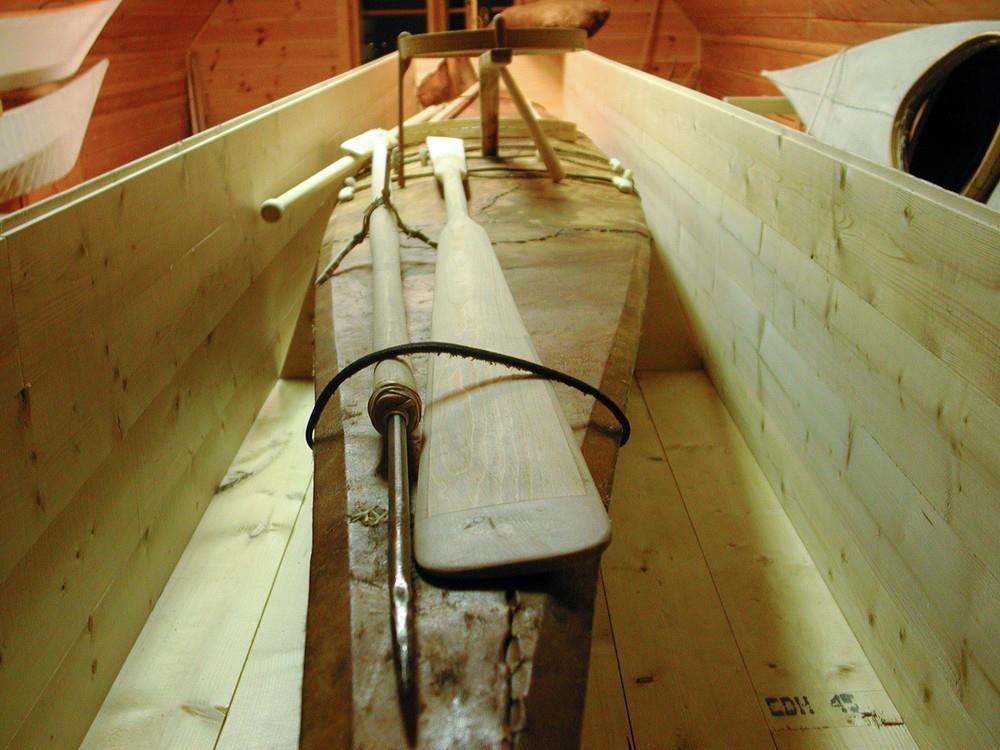 The kayak is finished and packed in a huge wooden box for transport to Gdansk.

The finished product looked great, though I doubt it would be quite watertight if someone were to attempt a paddle in it. I also made paddle, harpoon, throwing stick, lance, bird spear, harpoon line, harpoon line rack, bladder float, and a killing lance. The representatives of the Polish Maritime Museum came to inspect, approve, and hopefully pick up the kayak during Autumn 2002. They were very satisfied with the result, and after a few days' vacation in Norway, they brought the kayak to Gdansk, where it still resides today, alongside originals from all over the world.