The norsaq rolls - rolling with the throwing stick

The kayak easily flipped over after harpooning a seal. You could also easily lose your paddle during the hunt. But the chance was that your norsaq usually was available, and you often practised rolling your kayak with the help of the norsaq. Rolling with the norsaq is quite similar to hand rolling. But the chance of succeeding is quite more likely, since you hold the norsaq in the narrow end, and thus get a 30 cm (a foot) longer and a somewhat wider «hand» giving buoyancy and helping complete the roll. Threre are three different norsaq rolls on the official Greenland rolling list. The backsweep norsaq roll, the fornt - front norsaq roll and the forward ending sweeproll. The photos here shows to of them. 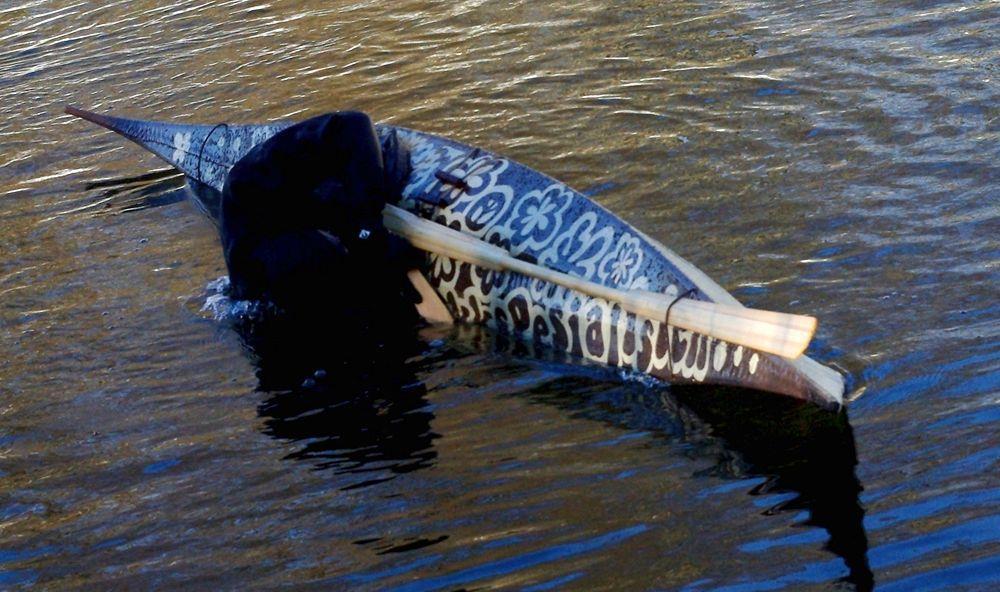 1: The start position is leaned forward - this makes it easier to get all the way around. The norsaq is in this picture held in the left hand. Practise with the norsaq in your strongest hand first. 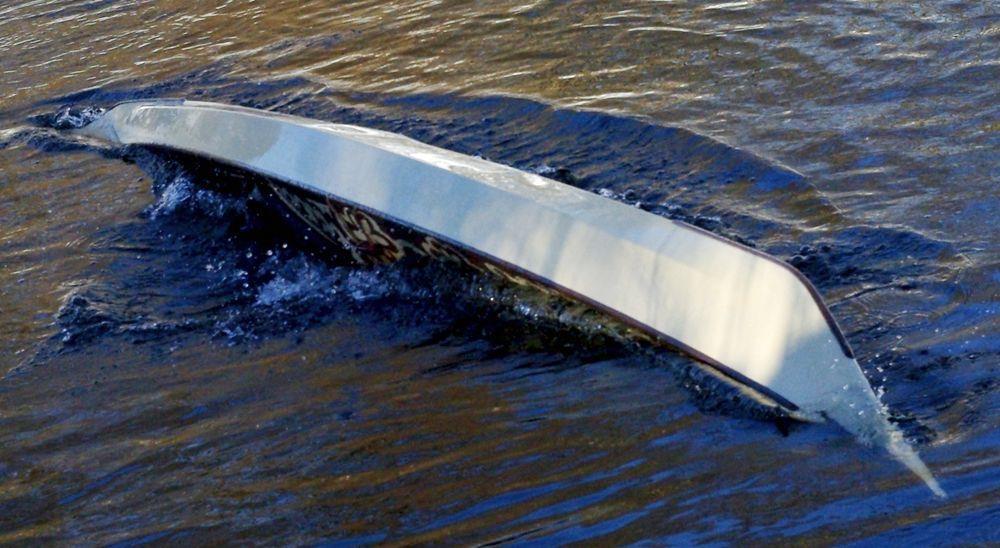 Move the kayak out of the water first, keep you shoulders as horisontal as possible and make a backsweep movement with both your body and the arm/norsaq. And use the hipsnap/movement. 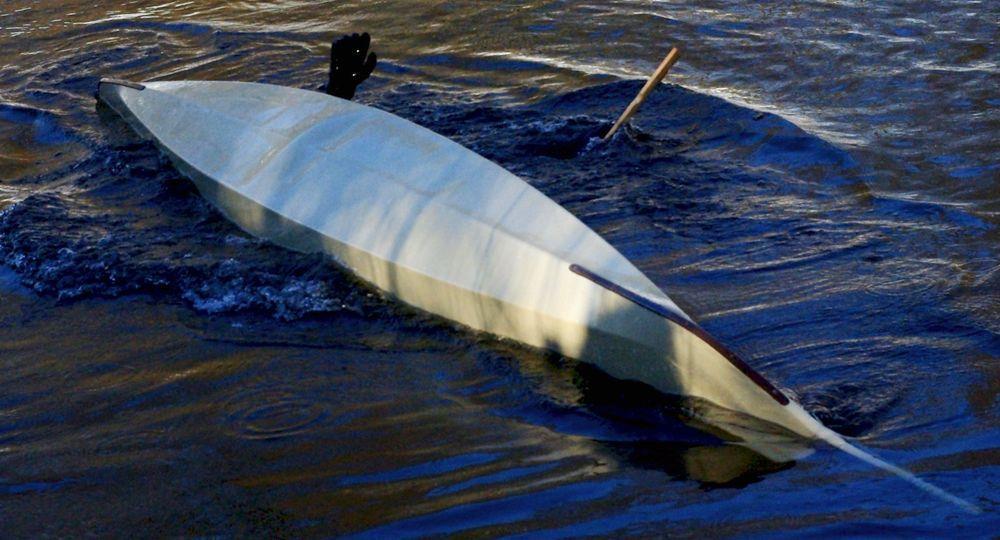 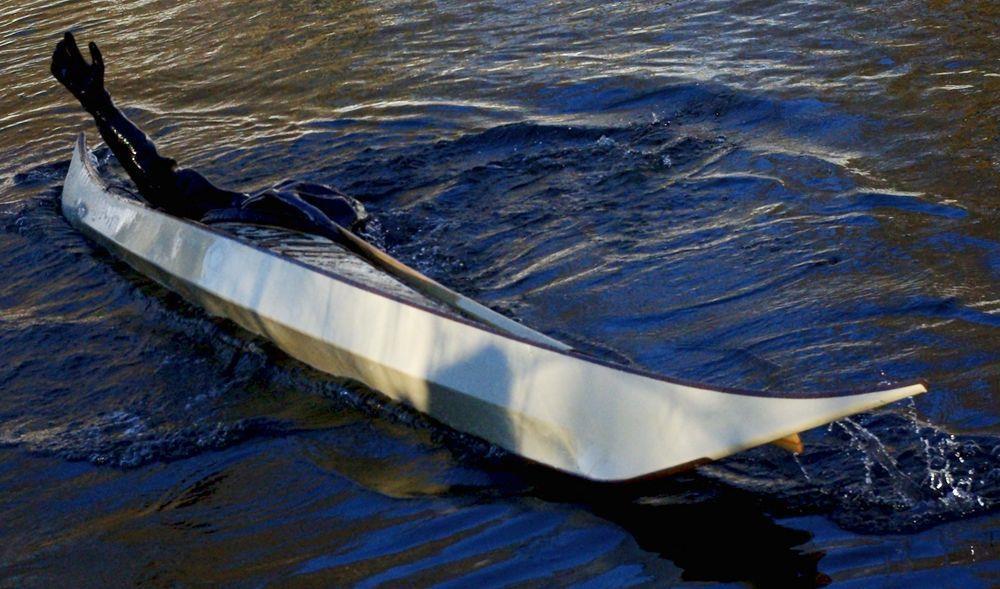 4: Press down with left arm. Alternately you can also do a small sculling movement for more buoyancy. Lean the upper body well back and throw the right arm over the kayak as a counterbalance. 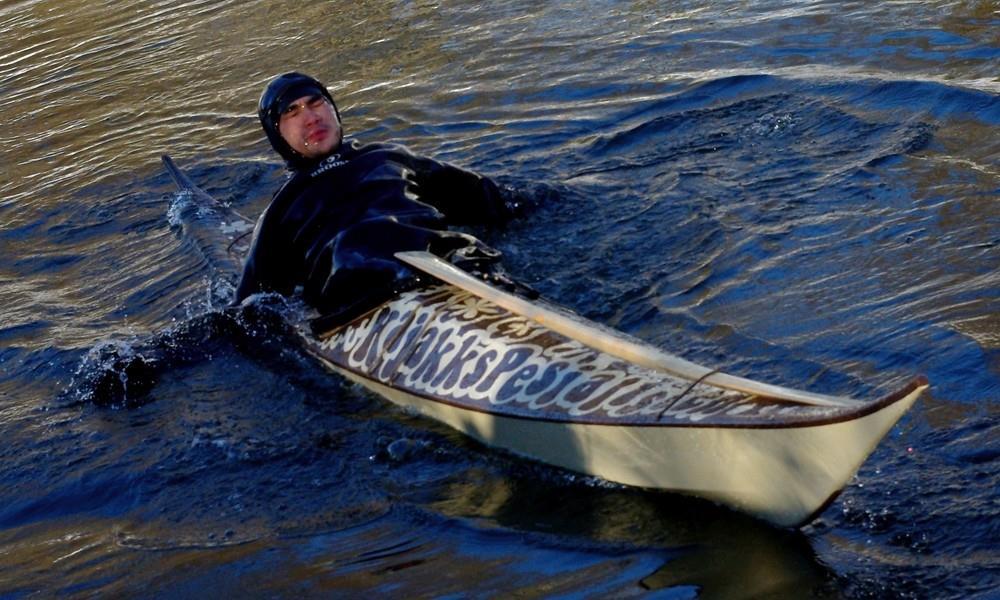 5: The kayak has passed the critical point, and you can sit up.

Rolling with the norsaq - forward roll (front to front)

For the expert, it might be fun to try a forward roll with norsaq. You can get some tips here:

2: Flipp over towards the left – try to keep the centre of gravity low by PRESSING your head towards the foredeck of the kayak.

3: The kayak is upside down. Here you don't get any help from the momentum, something that makes this roll even harder. The left arm is used as leverage over the kayak. By holding the arm this way it's also easier to keep the body and upper body pressed towards the kayak foredeck.

4: Move the norsaq up to the surface – and remember to keep the head down.

5: Make a powerfull hipsnap at the same time as you press the throwing stick through the water in a downward movement. You can sweep a bit or make small sculling movedments with the norsaq.

6: Congratulations - you made it.