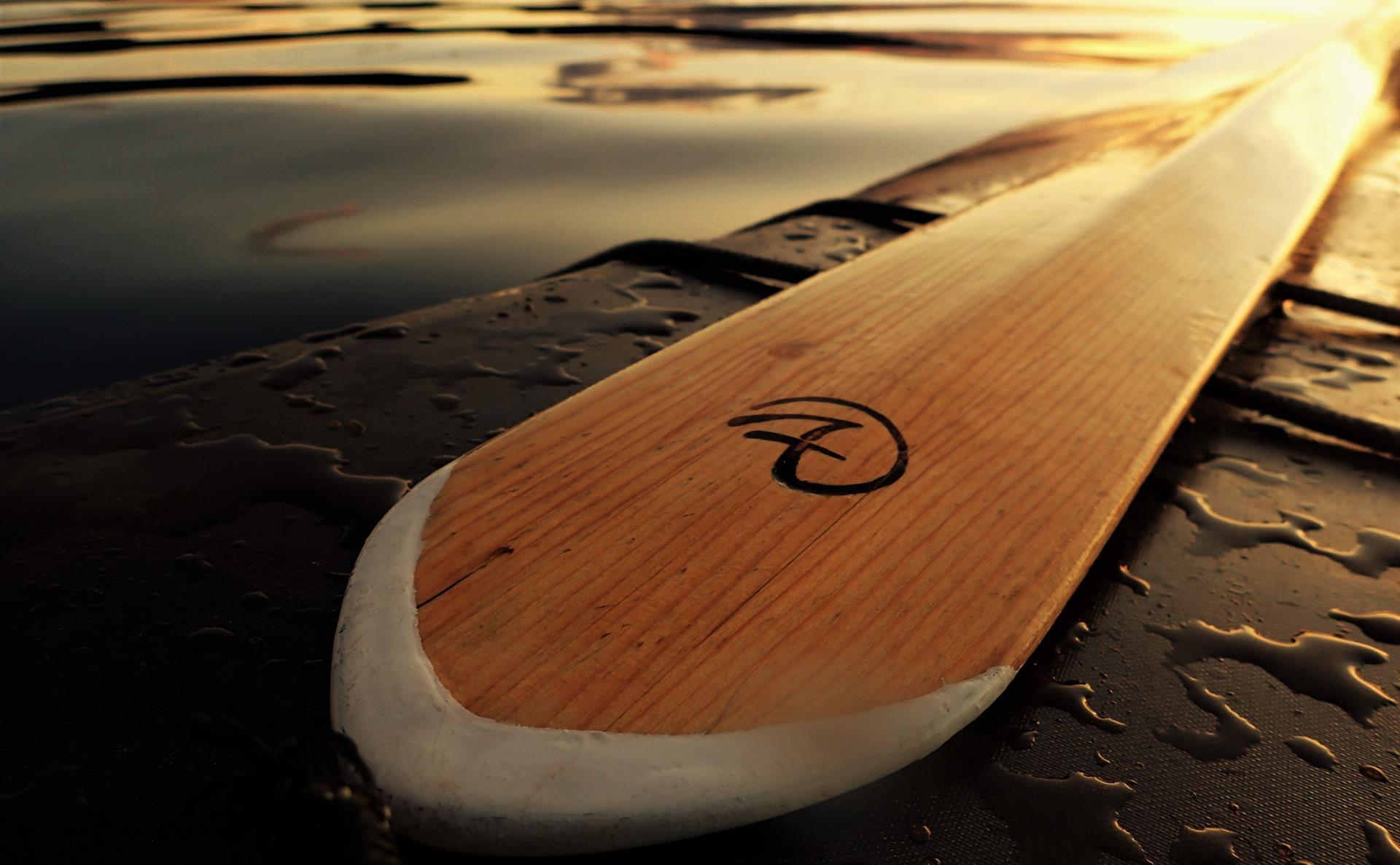 The Greenland and arctic paddle

A Greenland paddle, as the name indicates, is a type of paddle originating in Greenland. For about a thousand years up to the present day these paddles have been the primary source of propulsion for kayaks in Greenland. The paddles are similar to paddles from other Arctic regions, and the invention is probably as old as the kayak, possibly around 6000 years. Like our kayaks, our modern paddles have their origin in Greenland, but the paddles have been redesigned for short-distance paddling, and competition paddling in predominantly sheltered waters. The Inuits have paddled kayaks for thousands of years. The Greenlanders practiced an extremely risky form of paddling, where poor equipment could mean death. They used the kayak for hunting on a daily basis during much of the year. They often had to paddle long distances, and the weather could change quickly. It was common to have to paddle home from a trip in stormy weather. In such cases it was important to conserve strength. It wasn't incompetence or a lack of materials that led to the paddles being the way they are. It was the need for a solid and versatile paddle, which was reliable in absolutely any weather, and on long trips, that gave the paddle the shape it has today. The paddle has thin blades, making it almost unaffected by the wind. This construction also gives low resistance in the water, and can be thought of as a lower gear — if the weather is fine you can increase the rate on your strokes to gain speed, but the paddle is also optimal for paddling home against the wind, if you're caught out by a storm.

Because of the symmetry and shape of the shaft and the blades, the paddle is easy to orient correctly relative to the water when you need to perform a support stroke or roll. Most people consider Eskimo rolls especially easy to master with a Greenland paddle compared to a modern paddle.

Because of good buoyancy and parallel blades, the paddle can effectively be used as an outrigger during self-rescue without needing a separate paddle float. You don't have to bring a float, you save a few precious seconds in the water, and you save a hundred bucks that the float costs. You can also use the paddle as a tent pole, bludgeoning weapon, or firewood — the list goes on.