Replica of the kayak of Hjalmar Johansen 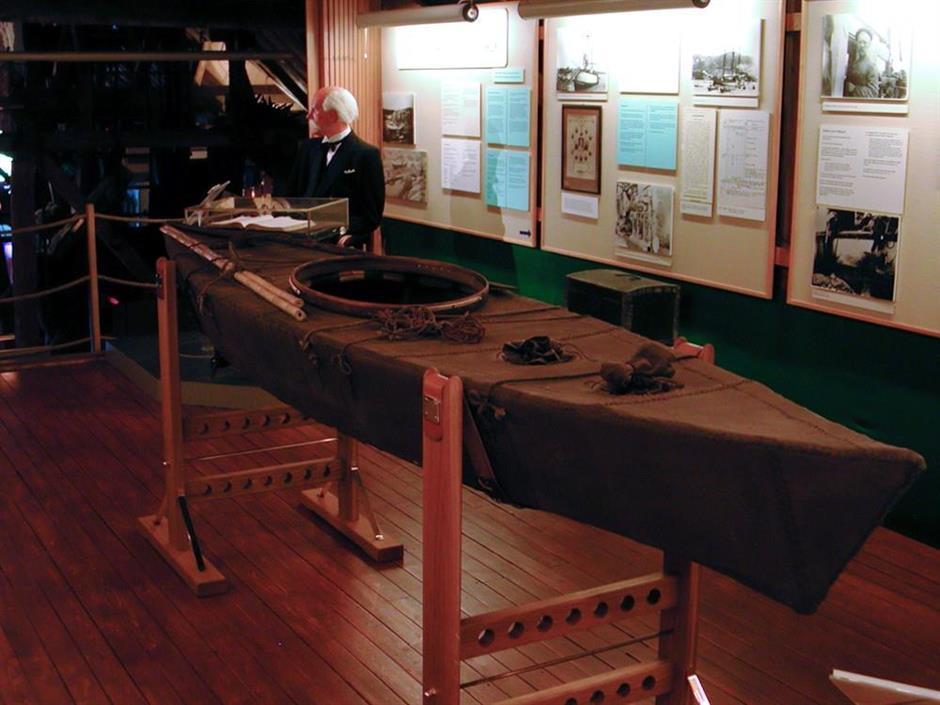 The kayak has been put on display in the Polar Museum in Tromsø, where it still resides today. All kayak aficionados who visit Tromsø should stop by here.

In November 2002, I received a call from Fred Johansen, grandson of the arctic explorer Hjalmar Johansen. On behalf of his Austrian friend Fritz Heisler, he requested me to build a copy of the kayak that grandpa Hjalmar used together with Fridtjof Nansen during Fram's first arctic expedition. The kayak was to be authentic down to the finest detail and would be donated to the Polar Museum in Tromsø in tribute to Hjalmar's memory. I agreed and began examining the original kayak, located at the Fram Museum in Oslo. It turned out to be harder than I expected to build this kayak, as the original was made from bamboo, and my first difficulty lay in ordering bamboo of the right quality and size from China.

The original canvas was made from old sails that had been waterproofed using Nansen's homemade "paint" which he concocted while spending the winter on Frans Josef's Land. The paint consisted of blubber, soot and finely ground polar bear bones. This exact recipe was hard to follow faithfully, so we made do with a lookalike. All patches and rifts from the original were duly noted and reproduced on the replica. The paddle was an old ski, planed to the shape of a Greenland paddle. This was dutifully copied, tarred, and delivered together with the kayak.

I donated the kayak to the Polar Museum in Tromsø in June 2003. My son Olav and I were lucky enough to be invited to Tromsø by Fritz Heisler and his partner. When the kayak was to be formally presented, a number of journalists and reporters had turned up. We had to test the kayak on the water first. Fritz, who had ordered the craft, was ready for a paddle in Tromsøsundet. The journalists followed us in a normal boat, and the test paddle was filmed from every possible angle. With all the seams and patches, I was concerned whether the kayak would take in water, something the journalists were curious about too. Luckily, it was watertight enough for the test paddle, even if it took in a few drops. Everyone present agreed that this was only appropriate since the original leaked too!

It floats: Fritz had one of his dreams fulfilled by paddling the kayak of his hero, Hjalmar Johansen.

Bamboo has arrived from China by way of a bamboo stick producer in Surnadal. Now the frame is ready to be covered.