Why I build and paddle traditional kayaks

I began paddling canoes on the sea at an early age since canoes were what was available when I lived in Denmark. I saw a Greenland kayak for the first time at a friend's and thought it would be fun to try sometime. When I came to Norway, I had something of a nature revelation. My first trip to Fitjar/Bømlo was an especially moving event, which got me hooked. That was in 1992. Shortly after I was introduced to paddling Greenland kayaks, and this set me on a new course. That experience was better than any other paddling trip before it, and I knew what I wanted to do: learn more and experience more of the same.

My next great inspiration came by way of Svend Ulstrup in Denmark. Svend has built Greenland kayaks for many years, and it was from him that I learned basic paddling and construction techniques, which I then brought back to Norway. Since then I have built kayaks, paddled kayaks, built kayaks and paddled kayaks. Several kayaks have become firewood on the way to perfection of form and structure. If I'm not happy, I peel off the canvas and take a chainsaw to cut the kayak into bits. In my opinion, traditional kayaks, such as the Greenland kayak, have advantages not found in other kayaks.

For me, it's important that the kayak and associated equipment look good. There's a special pleasure associated with paddling in an aesthetic craft without advertisements or sponsor logos. People you meet on the sea stop and look at your craft with curiosity, sometimes becoming captivated. Such a kayak creates contact between people in a completely different way than a plastic or fibreglass kayak. Form follows function! The kayak's function is very important. I don't build jewellery, but industrial-strength objects designed for functionality and safety. A lot of people are surprised that Greenland kayaks are fast and easily paddled, weigh very little, need little maintenance and are very stable and seaworthy. The rule of thumb that wooden boats need more maintenance doesn't apply to skin-on-frame kayaks. It's also important for me to develop and improve functionality, so I continually experiment with construction methods, equipment etc.

The kayaks I use have a story to tell. They are built as close to classical specifications as possible. Those kayaks were developed and built a long time ago by the best of the best. These were men who knew how to paddle, every day in any sort of weather. I often meet scepticism among modern kayak paddlers. In light of history, this scepticism seems somewhat arrogant, but I choose to think that this is due to ignorance.

The joy of building something beautiful is important for a lot of people. Almost everyone who signs up to build a kayak says that the opportunity of creating something physical is important to them. To be allowed to construct something by hand is an opportunity that many people sorely miss. Many who take these courses are only hands-on when it comes to computers, something that they find unsatisfying in the long run. Additionally, our traditional kayaks are built of almost 100% natural materials (wood and canvas) and therefore have a minimal ecological impact over their entire lifecycle. 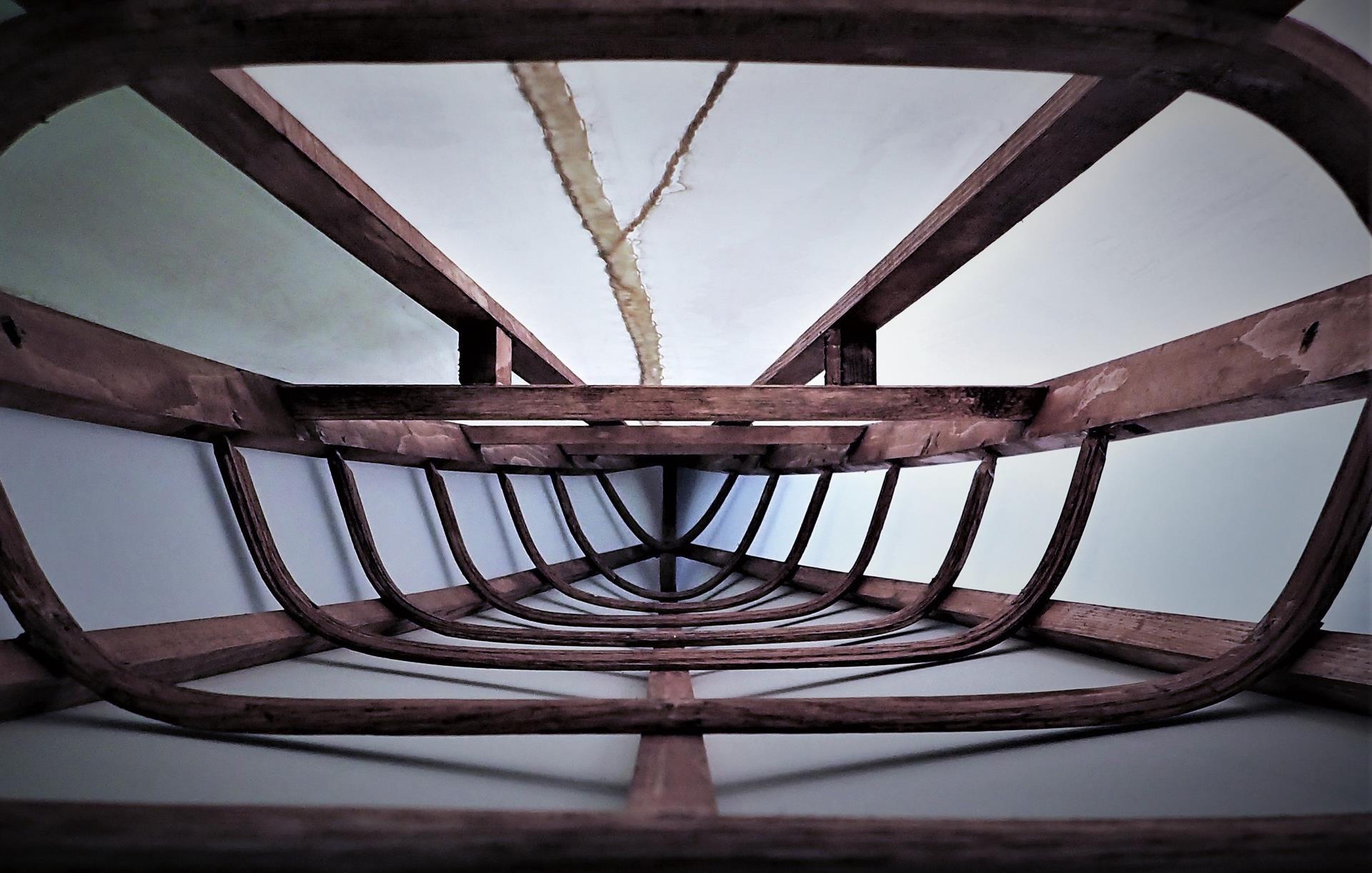 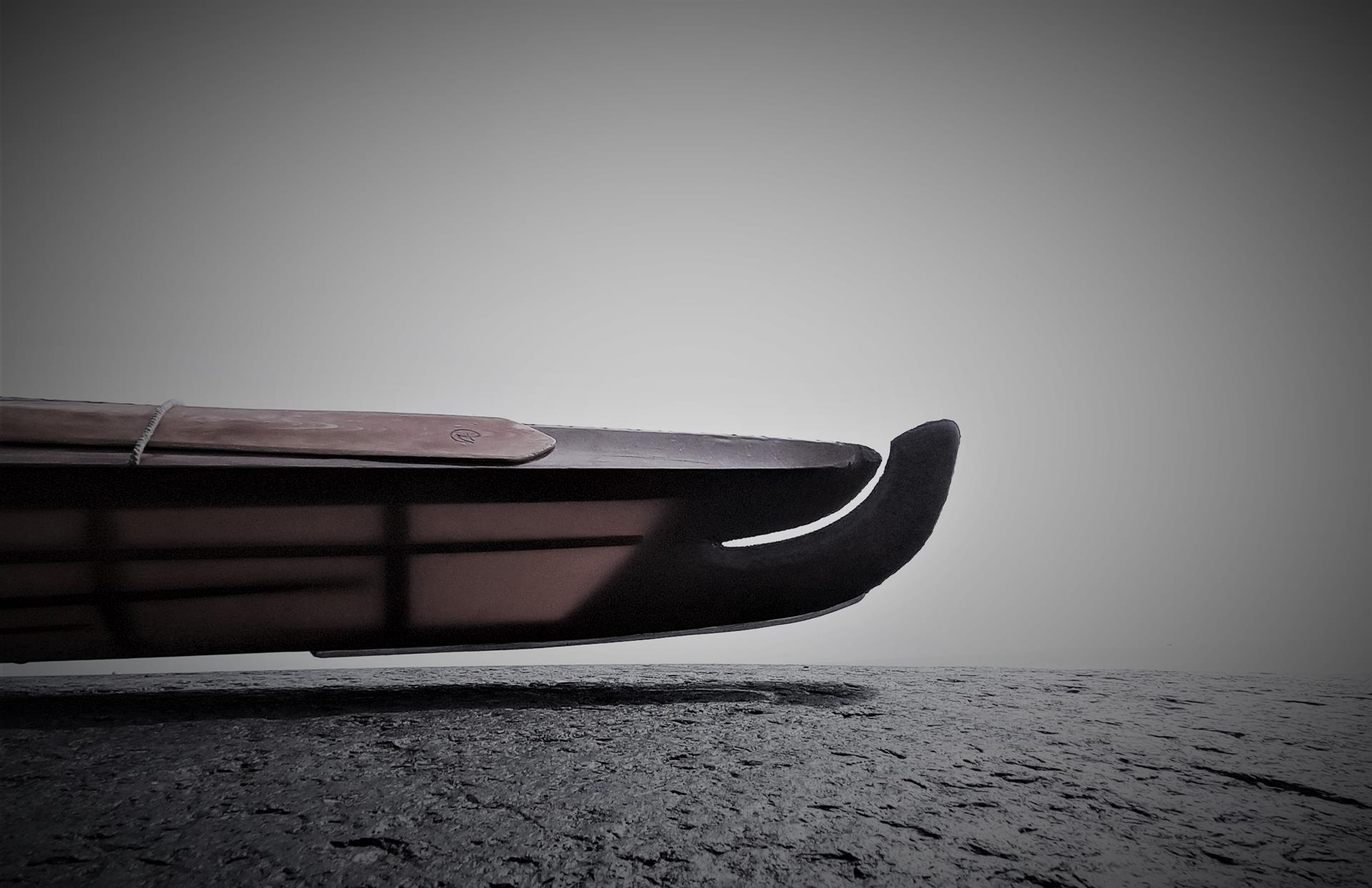