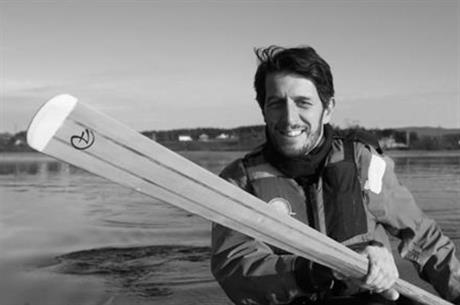 Owner, manager and creative founder of Kajakkspesialisten - The Kayak Specialist.

Today Anders is one of the few people in the world who manage to make a living out of building traditional skin-on-frame kayaks. For many years, he worked with the Norwegian paddle organisation as a coach also and is an avid and experienced paddler himself. Anders uses his long experience as a paddler when constructing and building kayaks in classes or for other people. Today he primarily focuses on managing and developing Kajakkspesialisten, making Greenland paddles and teaching kayak building classes. People come from all over the world to participate in classes now mostly held at the old chapel in Vestfossen, Norway, which has been the home of Kajakkspesialisten since 2012.

He has lived in Norway since 1992 and has his educational background in outdoor education, craftsmanship and arts. He started his company in 1996, where he started giving sea kayaking classes, kayak building classes and later on, paddle making classes. Today over a thousand people have built their own Greenland kayak or baidarka here, and just as many people have built their own paddle. Greenland paddles have become more and more popular and the popularity still grows.

In 2011, he paddled the entire coast of Norway in a traditional baidarka of his own making. According to Anders, this kayak type is one of the best Inuit kayaks ever. In 2014, he and Silje Ensby made a film about building a baidarka. A very beautiful and poetic film about finding the long lost and forgotten knowledge of the Aleutian master builders. Watch it here:

A thousand hands ago https://vimeo.com/andersthygesen. Read more about Anders Thygesen, The Kayak Specialist and The Chapel elsewhere on the website. 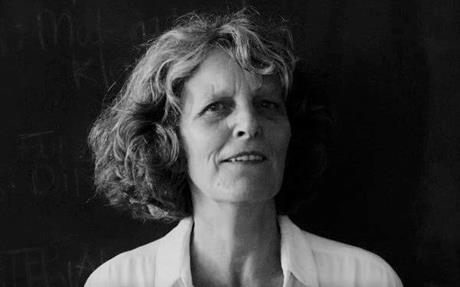 Karen is retired and Anders's mom. Lately, she has been hired to make our brand new paddle bags in eco-cotton. She coordinates the whole process and makes them on her own sewing machine with great love and care. If you buy one you can be sure it is made by her. 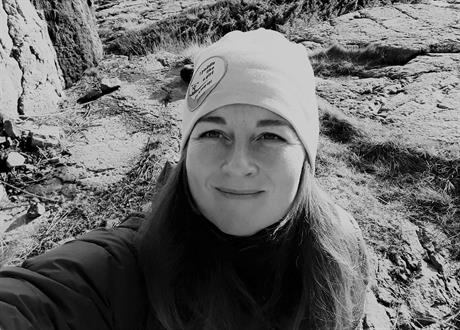 Jannie lives with Anders and has been working as a coach for Kajakkspesialisten since 2016. From January 2020 she has been working part-time with sales, the webshop and continues works as a seakayak coach. She built her first Greenland kayak in 2004 and shares Anders' passion for both paddling and building. She mostly works with paddlingprojects, but from time to time she works on various building projects herself (with guidance from Anders). She hopes to build a rolling kayak light as a feather and more SUP-boards, amongst others. She loves paddling in general, rolling and padding SUP.

She has an educational background in sports science and outdoor education and holds a master's degree in general education. She has a solid coaching background and has worked as a sea kayak and canoe coach for many years. She holds qualifications from the Danish Canoe Association (level 3 coach) and the British Canoe Union (BCU 4 Star).

Through the years, she has worked closely with implementing the EPP levels in Denmark and worked both as an assessor and a sea kayak coach and has held many workshops and courses in Denmark and Norway. She has also coordinated several sea kayak symposiums for women and has held many women's only classes, which has brought her all the way to Tromsø to Arctic Women's Playground and to Italy to Il Sorisso Del Mare. In recent years she has been travelling to several Qajaq USA events with Anders. She also works in the counselling service at a high school.

Audun works for Kajakkspesialisten when he has time. We met him in a building class where he built himself a baidarka. Since then he has built severel other kayaks and is working towards a coach level in seakayak. He is a very talented and skilled craftsman. He works as an electro engineer and lives in Tønsberg and is an avid windsurfer and kayak paddler.

Audun works with varoius projects and contributes on many levels with all his knowledge and his many talents. We feel lucky to have him here.